Understand the risks of an armed response to an intruder before it’s too late.

It wasn’t a typical worship service at Faith City Mission in Amarillo, Texas.

While the congregation was pondering the heavenly, a gunman rushed in and brought them back down to earth – hard. Media accounts report that some people ran, while others were held hostage.

But the standoff didn’t last long. Tony Garces was in the congregation, but he didn’t flee or knuckle under. Instead, he rushed the attacker and took his gun. As police entered the building, confusion ensued and officers shot Garces two times.

Garces was hospitalized and treated for a collapsed lung and a pulmonary embolism.

Police admitted they shot the wrong man, but were cleared by a grand jury.

Who was in the right? Since I wasn’t there, it’s impossible for me to say. But it’s fair to call it a tragedy when the wrong person is shot, no matter why it happened. But can such situations be avoided?

Unfortunately, this is a common scenario: Police rush a building after a report of an active shooter. But who is the shooter? Someone holding a gun is certainly suspect in that environment.

If you (as a plain-clothes citizen or protector) find yourself in this situation, what should you do?

Should you get involved? There’s no easy answer. We will never tell someone not to protect themselves. However, if you choose an armed response, you need to be trained. And the necessary level of training goes far beyond what is required to receive a concealed carry permit. Moving, dodging and shooting – all in the midst of possibly hundreds of people – require a professional commitment to training. Otherwise, you could do more harm than good – causing more “friendly” fire.

And, even if you are professionally trained, chances are you did not show up for a firefight. Many active shooters arrive with multiple weapons, hundreds of rounds of ammunition and a take-no-prisoners mentality. You are likely to be outgunned. Are you willing to do battle in that environment?

Again, the difficult decision rests with you.

If you have a weapon and are engaging the attacker, how can you let law enforcement know you’re a good guy? Unfortunately, there’s no easy answer. You may become aware of the police presence only when they storm around a corner and see you with a gun. Our best advice is to draw your weapon only until the threat is mitigated, then immediately holster it.

Law enforcement wants to see your empty hands raised in the air. Officers want you to silently obey their commands. The quicker you do that, the less likely they are to see you as a threat. If your weapon is drawn while you scream “I am a good guy!” then confusion, chaos and tragedy are likely outcomes.

The worst-case scenario is that, in the service of good, you become a victim of friendly fire, learning a deadly lesson on the wrong end of high-speed projectiles.

Vaughn Baker is the president of Strategos International. He has 20 years of experience in law enforcement including patrol, investigation, SWAT and special operations. He has trained thousands of school, health care, government, law enforcement and military personnel. Vaughn has also developed specialized intruder response curriculum for schools and churches. He has created some of the nation’s leading training on behavior pattern recognition. Vaughn is also the author of The Church Security Handbook. 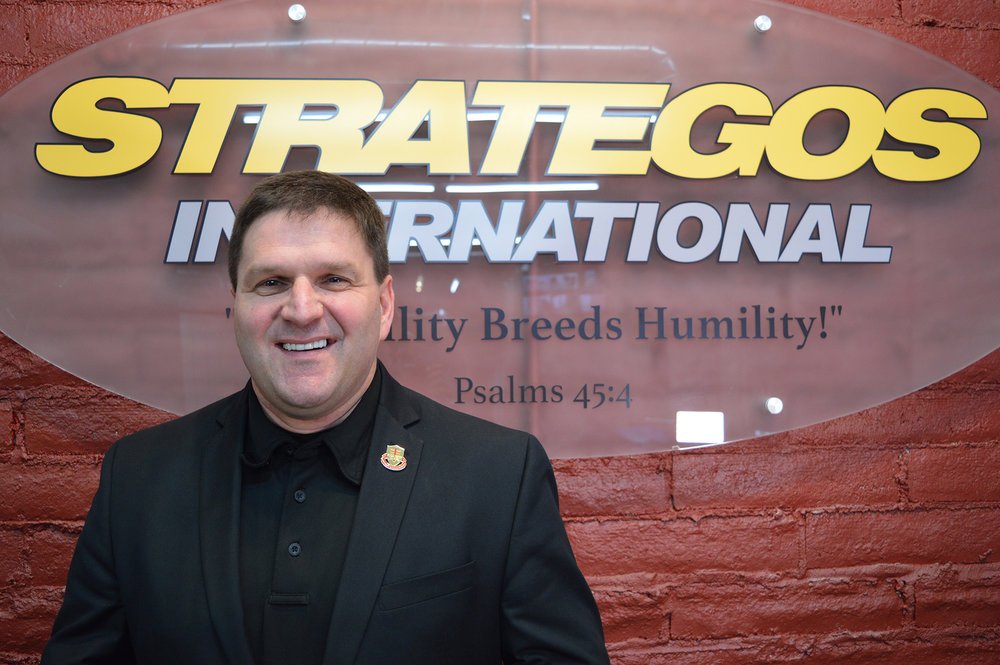